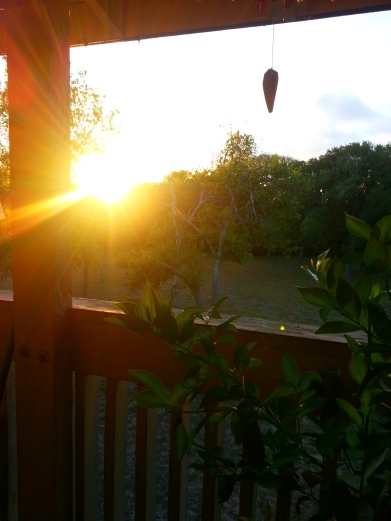 The view from outside the cube.

It has been six months since being liberated from a cube in an office setting that I often found limiting and, at times, downright painful.

I left the comfort of a steady paycheck and 100% insurance coverage to save my life—literally. I knew if I tried to stay there I would not survive mentally or physically. Living with myasthenia gravis and a few other autoimmune issues has made me realize that I have to be my own caretaker, advocate, personal attendant, nap enforcer, chef, and employer.

Yes, it has been challenging financially and mentally, but the payoff has been a lot less stress of the office/bureaucratic kind and the freedom to work from my sofa, a café, a picnic table in the park, and wherever else my heart desires. I was determined to remain in the same line of work I’ve been in, but do it on my terms. It’s working! It’s been a slow start but a slow start is better than no start. Yes, I’m playing catchup with a few bills that fell behind during the income lapse, but I’ll eventually be back on schedule.

I have not experienced an ounce of guilt about having to lie down due to sudden weakness or fatigue while in the middle of a project. I don’t have to ask my supervisor if it’s okay for me to leave for the afternoon because I’m not feeling well. I now simply set my laptop aside, grab a pillow and lie on the couch  or walk to my bed and fall into a slumber for however long. As long as I meet a deadline for a project, it doesn’t matter if it’s done in one- or two-hour+ chunks. It will be completed.

I was sitting and working for a couple of hours in a café last week when an elderly man came in and ordered a mocha. He sat across from me. We ended up chatting. He told me that he thought it was really neat how so many people could work in different locations now. He said back in his day you were tied to your desk in an office. I commented that it’s nice actually being able to choose your “coworkers” with this type of setup. In an office, you’re stuck next to the annoying coworker who talks too loud or who interrupts you from a deep concentration for no real reason. In a café, you can plug in your headphones and ignore the people around you and not be concerned with being interrupted. At home, unless you have unruly family members or other housemates, it’s a pleasant environment free from distractions.

Working from home is not for everyone. Some people MUST have social interaction. I have plenty of interaction with the people for whom I’m contracting/consulting as well as my break periods when I text, email, and wander the hallways of social media. I’m not lonely nor bored. It’s PERFECT!

Here’s to freedom from a cube and continuing a forward march.

PS: MG seems to be liking this lifestyle. I haven’t had to punch it in the face lately. 🙂